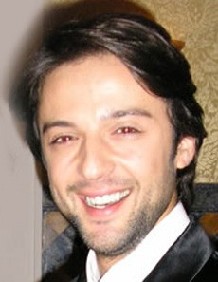 Chadi Haddad was also nominated for the same category in the Murex Dor of the year 2004.

Chadi Haddad took role in many Lebanese and arab TV series such as Between Sand And Love , How we get married, Zanoubia ( Queen Of Tadmour ), Mysteries Of Life, Nidal, Marriage request (Talbeen Al Orb) and many others.

Chadi Haddad also took role in many Movies such as Heart Beat, Bloody Wedding, Who Loves Lebanon? and many others.

Help us improve this page:   Correct or update the Chadi Haddad page