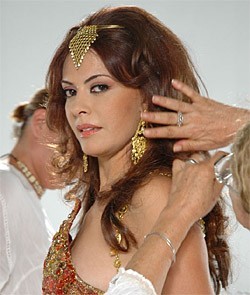 Carmen Lebbos also known as Carmen Leboss is a renouned Lebanese Actress. Carmen Lebbos journey started and continues with greatest professors such as Yacoub chedrawy and Ziad Rahbani. Carmen has worked with them in many important plays and radio programs, such as: Tartour, Being Blind, For Dignity And Stubborn people, Glim of Hope.

EGYPT: Lebanese Production “A Hero From the South”
by Muhamad Abu Seif 2001.

Carmen Leboss acted in many TV Series, most important: “Passionate women”, Days of Rage”, “Her Name is No”, “The Asshole Age”, “Theacher’s Daugher”, “Automn’s Rose”.

Help us improve this page:   Correct or update the Carmen Lebbos page