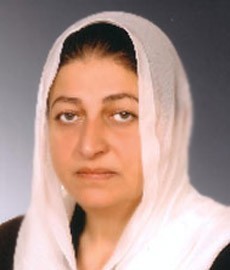 Bahia Hariri is a famous Political figure from Lebanon, who was born in Saida, Southern area in Lebanon.

In the year 1970, Bahiya Al Hariri graduated from the teachers academy, and worked as a teacher until the year 1979.

In the year 1979, Bahiya Al Hariri headed the Hariri Foundation, which was founded by her brother Rafik Hariri.

She is a supporter of women rights, she has constantly campaigned for the adoption of laws protecting women and contributing to their emancipation. In 2005, she was one of the 1000 women proposed for the Nobel Peace Prize.

Bahia has held many international posts, such as the UNESCO Goodwill Ambassador in 2000, and was member of the Parliamentary Network on the World Bank (PNoWB) committee and also Head of the Women’s Committee in the Arab Parliamentarian Union (HWCAPU).

Bahia Al Hariri is the founder of the Women’s Committee at the Arab Parliament Union, a body that brings women politicians from across the Arab world together in a Parliamentary forum. Bahia el Hariri has also established the Arab Women’s Summit, supported by the Hariri Foundation, aimed at coordinating policies concerning Arab women. She was also behind the creation of the Arab Women’s Organization (AWO).

Help us improve this page:   Correct or update the Bahiya Al Hariri page