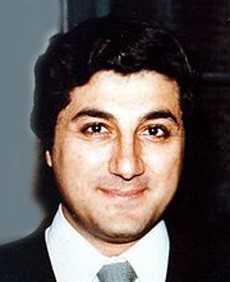 Bachir Gemayel was a leading member of the Phalange party. Bashir was also the commander of the Lebanese Forces - LF militia.

On the 23rd of August 1982, Bachir Gemayel was elected as a Lebanese president during a time when Lebanon was getting destroyed by civil war and occupied by Israel and Syria.

Bachir Gemayel was married to Solange Gemayel, the couple had a daughter who got killed when she was young, and a son called Nadim Gemayel who was born in 1982, who later became involved in the political scene.

On the 14th of September 1982, Bachir Gemayel was assassinated with 26 other people when a planted bomb exploded near the headquarters of the Phalange party in Beirut.

Later investigations revealed that the bomb was planted by Habib Tanious Shartouni. The FBI blamed the Syrian Social Nationalist Party for planning and executing the assassination.

Help us improve this page:   Correct or update the Bachir Gemayel page