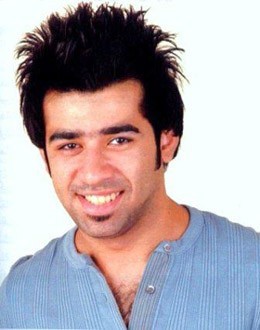 Bachar Al Shatti also known as Bachar Al Shabti or Bachar El Shatti was born in 1983 in Kuwait. Bachar plays the Piano and the Guitar very good.
Bachar is a very sensitive and hard working person.

During his stay at Star Academy 1 Lebanon he produced and recorded his first song which got a lot of attention.

Many of Bachar fans got disappointed that he did not win the Star Academy first season. He and his fans had high hopes on his Talent; however he got the second position under Mohamed Attiya who won at the Last Prime of Star Academy.

A year after Star Academy 1, Bachar released his first Album and a video clip that went hand in hand with the Album.

Help us improve this page:   Correct or update the Bachar Al Shatti page