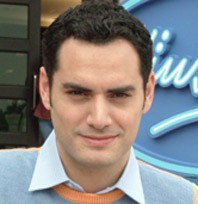 Ayman Qaysouni was born to an Egyptian father and a Lebanese mother. After revealing his Lebanese side for the first time on TV in a show called Natalou on NewTV, he later denied he was Lebanese and reassured his Egyptian fans that he was really Egyptian. Ayman lives between Egypt and Lebanon, and is often spotted by our staff members in Beirut even when he doesn’t seem to have any professional engagements there (mainly at the Geant Mall - Daora). It was also reported that he is engaged to a Lebanese girl.

In the early 90s, Ayman Qaysouni worked as a male model, and also appeared in music videos such as with Angham in Sidi wisalak, or with Assalah Nasri in Yamin Allah.

Ayman Qaysouni became famous in the Arab World after co-hosting Superstar Talent Show Arabia on Future TV with Rania Al Kurdi and Heba Sisi.
He did that for 4 straight years, before presenting a different game show called Ton of Cash for two consecutive seasons followed by a show called Al Da2ira (circle) which aired on Egyptian TV channel Al Thania in Ramadan 2010.

Help us improve this page:   Correct or update the Ayman Qaysouni page