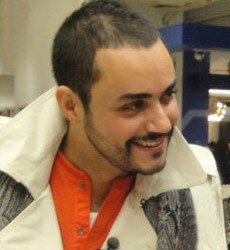 Assaad Hattab is a Lebanese radio anchor and actor.

In June 2011, Assaad Khattab appeared on the TV show Jeyin Njarebkon in a hilarious duo formed with fellow friend Imad Feghaly. They were so funny, instantly compared to the gay couple Cameron Tucker and Mitchell Pritchett from the American TV series (played by Eric Stonestreet and Jesse Tyler Ferguson respectively) or the French duo Benoit Dubois and Thomas Vitiello.

Help us improve this page:   Correct or update the Assaad Hattab page