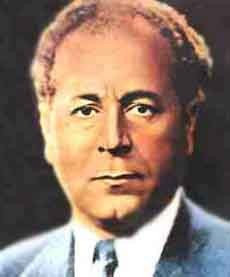 Antun Saadeh was born on the 1st of March 1904 in Dhour El Choueir, Ottoman Syria and what is now known as modern Lebanon, He Died on the 8th of July 1949.

Antun Saadeh was the founder of the Syrian Social Nationalist Party SSNP.

After he finished his studied Antun Saadeh moved to Brazil, and worked with his father, Khalil Saadeh, as a journalist in Brazil.

In the year 1932, Antoun Saade decided to come back to Beirut and started teaching at the American University of Beirut - AUB.


Help us improve this page:   Correct or update the Antoun Saade page