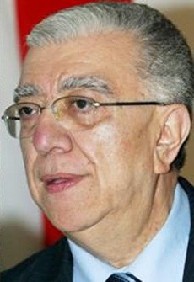 Antoine Ghanem was an MP in the Lebanese Parliament and a member of the Kataeb party and March 14 Coalition.

Antoine Ghanem was born on the 10th of August 1943, He was assasinated on the 19th of September 2007 in a car explosion in the Sin El Fil area of Beirut.

His death came just two days after he returned from abroad where he had sought refuge from such political violence.

Al Siyassah Kuwaiti newspaper reported and via inside sources in Syria, that the assassination was done by Syrian intelligence.
The secret syrian agents had rented two apartments, one near Ghanem home in Kleiat and the other in Sin El Fil close to the where the bomb was placed. It was also reported that killers fled Lebanon disguised in the outfit of Syrian construction workers.

Help us improve this page:   Correct or update the Antoine Ghanem page