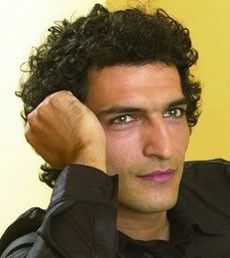 Amr Waked is a famous egyptian actor who came to fame around the year 2001 in the movie Ashab walla business.

Amr Waked graduate from the American University in Cairo, His interest in acting started since he was a kid.

Waked's debut lead actor role was in the movie Deyl Al Samaka (A Fish Tail). His best performance was in the movie Lilly; where he took the role of a young Muslim cleric who is assigned to take over a mosque in a very poor and shady neighborhood, the dilemma unfolds when he falls in love with the neighborhood women named Lilly.

Amr got great reviews for his role in the movie Lilly from all critics.

In the year 1997, Amr Waked recieved the Best supporting actor award, from Alexandria Film Festival for his role in the movie Janet Al Shayatin.

In the year 2001, Amr Waked got the Best Actor award for his role in Deyl Al Samaka.

Help us improve this page:   Correct or update the Amr Waked page