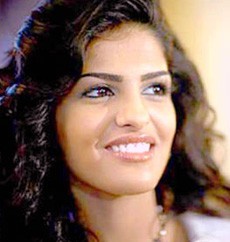 Amira Tawil is said to have married Al Walid Bin Talal only after accepting to undergo a uterus obliteration surgery, as the Prince does not want any more children.

Although women in Saudi Arabia have no right to vote or drive, Amira Tawil has openly admitted in an interview with Saudi daily Al Watan that she knows how to drive and enjoys doing it. Amira apparently has an international driver's license and drives in all the countries she travels to. Lolwah al-Faisal, daughter of the late Saudi King Faisal, has also been known to express her discontent with the current regulations in the Saudi Kingdom.

Help us improve this page:   Correct or update the Amira Al-Tawil page