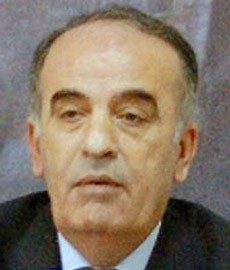 His full name is Ali Khalil Qanso and he was born in the year 1948 in the village of Doueir in Lebanon.

In the yea 1969 Qanso got a degree in Arabic literature from the Lebanese University.

Between 2000 and 2003 Ali Kanso was the Minister for Labour in the Lebanese government of Rafik El Hariri.

Between 2005 and 2008 Ali Qanso served twice as the head of the Syrian Social Nationalist Party.

In July 2008 Ali Qanso became the Minister of State in the Fouad Siniora Government, he was backed up by Hezbollah as part of the March8 Alliance.

Help us improve this page:   Correct or update the Ali Qanso page