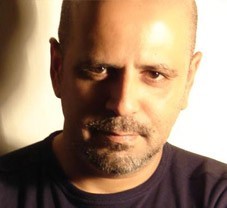 Alain Sawaya is a Lebanese producer and arranger based in Cote d'Ivoire.

Alain Sawaya was born in Bamako-Mali in 1965. He lived there for 14 years, before moving with his family to Abidjan-Ivory Coast. He originally studied Advertising and Marketing in Montreal-Canada. He is at the same time Producer, Author, Composer, Arranger, Sound Engineer and Performer.

Sawaya first initiated a live music band at school called ‘Cool System’ (renamed Parallele 8) in which he created his first singles, while composing and learning sound engineering.
He later opened his own recording studio in Abidjan and recorded more than 750 albums and produced more than 50 albums with many partners, such as R.I.P.Marcellin Yace.
In 1991, he launched 5 programs on a local FM Radio Station named “Frequence 2”, making it one of the most listened to radios.
Sawaya often collaborates with Stephanie Farhat and Olivier Ble; together they made the famous song “Terre d’Ivoire”, a big hit in Africa.
In 2004, Sawaya worked on his first Album “Virus” with Stephanie Farhat and Boudy Naoum. His catchy song “Young Girl”, also shot as a music video, was a huge international hit. It mixed English, Arabic and French.

Help us improve this page:   Correct or update the Alain Sawaya page