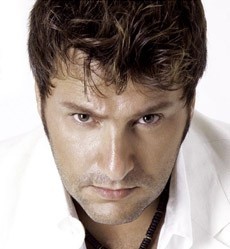 Alaa Zalzali is a Lebanese pop-star singer who was born on the 18th of October 1969.

Alaa Zalzali first single was such a hit back in the late 90s that it made him a star overnight. His first song which got him all the fame was called Ya Shams Ghibi, and its lyrics include. Ya Shams Ghibi, Shamsak Habibi hat Naraw hat Nawar al Kon.

He then disappeared for few years to come back again with a smash hit Ya Hanoon.

After that Alaa Zalzali released many hits songs such as Aqli Tar - Je suis malade, Yes Sho bhebak and Lamoni... most of these songs were successful.

Help us improve this page:   Correct or update the Alaa Zalzali page