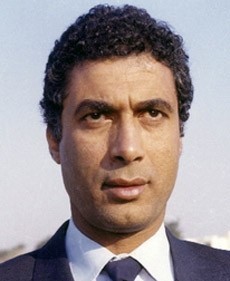 Ahmad was the only child in is family, he was orphaned when his father died shortly after his birth. With his mother remarrying, Zaki was raised by his grandfather. After finishing prep school, Ahmed Zaki entered technical school and was going to become a blacksmith.

Showing great interest in theater and acting while at technical school, the principal who was a theater lover encouraged him to act in school plays. One day there was a school show and many actors from Cairo were invited to watch it, after the show they met him and advised him to apply for the Theater Academy.

Ahmed Zaki joined the academy and performed in the play Hello Shalaby, his very first role in his career as an actor.

Graduating at the top of his class, outshining colleagues and peers in a way that became common throughout his life, he left the academy in 1973.

Zaki started getting bigger roles, playing in some of the most successful plays in Egypt. Some of these plays were "Madraset El Mushaghbeen". He furthered his career by playing in "Awladna fi London," and "El 'Eyal Kibret."

From the stage Zaki made the logical and highly successful step to television, playing in many popular TV series and films such as "Al Ayam," in the role of the renowned writer and thinker Taha Hussein, "Howa wa Hiyya" with Souad Hosny, "Nahr Al Malh," "Ana La Akzib wa Lakinee Attagammal," and "Al Raggol Allathi Faqad Thakirataho Marratayn."

Throughout his career Ahmad contributed more than sixty movies to the Egyptian cinema in less than twenty years.

He has played many roles and characters from a thief to a gangster, from a politician to a president.

Help us improve this page:   Correct or update the Ahmed Zaki page