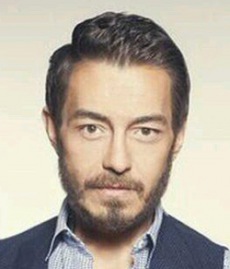 Ahmed Zaher is an Egyptian actor who took roles in both movies and television series. His first appearance was in the movie "Belia we demagho el alia" followed by the movie "Rendez-Vous" in the year 2000.

In 2001 he appeared on the TV screen in the Television series "Hadith Alsabah wa Almassaa".

Ahmed Zaher studied at the Faculty of Commerce. Later he graduated from the Higher Institute for Theatrical Arts in Egypt.

Zaher is friends with Egyptian singer Tamer Hosny. He appeared in his video-clip "Akalemha" (Shall I talk to Her). He also appeared in the Ramadan TV series "Adam" starring Tamer and a number of Egyptian actors.

In 2014, he took an exceptional role in the Hayfa Wehbeh Ramadan TV series "Heber Ala Wark", in which he acted as guy from the streets who creates all sorts of problems.

Help us improve this page:   Correct or update the Ahmed Zaher page