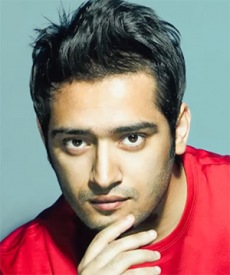 Ahmed Zaeem is an Egyptian singer from the city of Damanhur, the capital of the Beheira Governorate, in Egypt.

He started his career by singing in his home city, then later started publishing his songs on the internet. However it was only until he met the famous music composer and producer Tooma, that this new artist came to the light.

In April 2014, NRP Music Egypt released two songs for this young artist labeled: "Houb W Rayeh" and "Salem Al Habayeb". Due to the close resemblance in voice with Fadel Shaker, many people got confused initially.

It is worth mentioning that Lebanese singer Fadl Shaker retired from singing sometimes in 2005.

Help us improve this page:   Correct or update the Ahmed Zaeem page