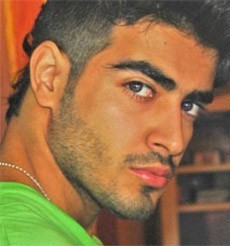 Ahmed Zabedy is an internet celebrity and a model from Kuwait.

Ahmed Zabedy was born on April the 4th, 1986 in Kuwait. Shortly after the Golf War started, he moved with his family to the UAE and settled in Dubai. At 16, he travelled to the USA where he completed high school.

Ahmed Zabedy is a model, but also a photographer. He also plans on venturing into film making.

Ahmed Zabedy is mostly known online through the internet.

Help us improve this page:   Correct or update the Ahmed Zabedy page