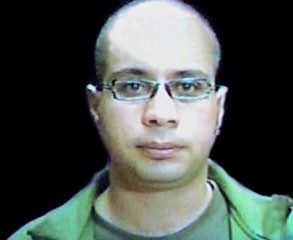 Ahmed Maher was incidentally a prominent participant in the anti-Mubarak demonstrations in Egypt in 2011, which forced Hosni Mubarak to resign on 11-02-2011.

Ahmed Maher had previously organized several demonstrations after April 2008, despite the interference of Egyptian security forces and the internal divisions within the April 6 movement. In June 2010, he also helped organize a protest against the killing by Egyptian police, of Khaled Said, a young resident of Alexandria.

Ahmed Maher was born in 1981. He is a civil engineer who works for a construction firm in New Cairo.

Ahmad Maher supports the candidature of Mohamed Elbaradei for the Egyptian presidency.

Help us improve this page:   Correct or update the Ahmed Maher page