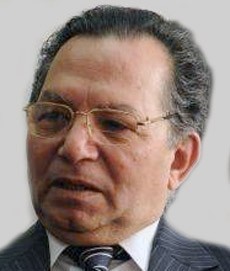 Many of revolutionaries felt that he could be a good candidate to lead the new Egypt.

Ahmed Goweily also held the position of the Secretary General of the Arab Economic Unity Council.

Help us improve this page:   Correct or update the Ahmed Goweily page