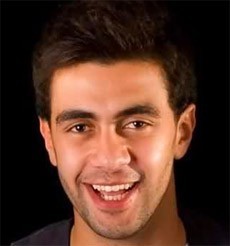 Ahmed Ezzat also known as Ahmed Azzat is an Egyptian singer who became famous in the Arab world after his participation in Star Academy 8. He had also applied for Star Academy 6 but was not selected. For a complete history of him before and during Star Academy, make sure you check his biography under the name Ahmad Izzat. Ezzat is studying acting and directing at the university.

In 2011, he released his first three songs as part of a joined work called "The One - music production" along with artists Mohamed Effat, Alya and Saleh.

It is good to note that Ahmed Ezzat has taken part during the Egyptian protests 2011.

Help us improve this page:   Correct or update the Ahmed Ezzat page