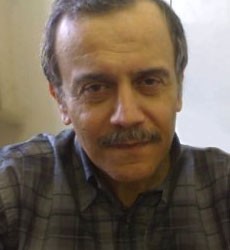 Ahmad Kaabour is a Lebanese singer, music composer and actor.

Ahmad Kaabour was born in 1955. He graduated from the Lebanese University in Fine Arts and Theater in 1982.

Ahmad Kaabour is mostly known for his iconic anthem Unadikom, which he composed and sang when he was 19.
Most of his songs are nationalistic and deal with the Lebanese, Palestinian or more generally the Arab cause.

Ahmad Kaabour is also famous as an actor, and has starred next to Ziad Rahbani in his play "Shi Fashil" 1983. He also appeared in "Nagi El Ali" alongside Nour El Sharif in 1991.

In 2010, Ahmad Kaabour was casted in the role of Wadie Haddad in the historical epic Carlos, which is based on Ilich Ramirez Sanchez. The movie premiered at the 2010 Cannes Film Festival.

Help us improve this page:   Correct or update the Ahmad Kaabour page