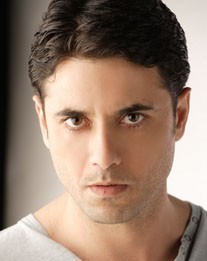 After so many rumors, young Egyptian actor Ahmad Izz finally decided to tie the knot and get married.

Ahmad Izz found his dream girl in the year 2008 at the American University in Cairo. His new fiance is from a known family and wears the Hijab.

Ahmad Izz could not tolerate the rumors that were being said about him, one of the rumors said that he is planning to getting engaged to one famous actresses.

In the year 2008, Ahmad Izz took a role in a movie entitled Wish Tani - What is Next, with the young Egyptian actress Mina Shalabi. The film is directed by Ahmad Alaa, his first directing experience. The movie is an action adventure which focuses on drug dealing. Ahmad Izz will be playing two twins in the new film, one good and the other evil.

In the year 2008 Ahmad expressed his anger at controversial director Inas El Deghedy because she did not mention his name in the script of film Al Bahithat An Al Hurieh which means Seekers of Freedom in the english language.

Ahmad stressed that Enas had taken advantage of his guest appearance and kept making public announcements that he is one of the leading actors in the film to gain more success.

According to the Egyptian based weekly, Al Nogoom, Ahmad added that he only agreed to make a guest appearance on the film as a kind gesture to Enas, who had given him his first push into the acting world when he starred in her film Muthakarat Murahiqa which means Adolescence Memoirs.

Help us improve this page:   Correct or update the Ahmad Ezz page