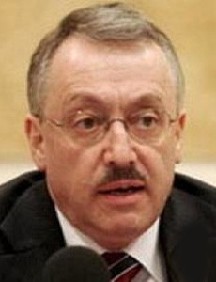 Ahmad Fatfat is a Lebanese politician from the Seer El Donniyeh, North Lebanon.

Fatfat was the Minister of Youth and Sports in the Fouad Siniora Government.

Between February 2006 and November 2006 Ahmad Fatfat was the Interior Minister.

Ahmad Fatfat is known for opposing the Syrian involvement in Lebanese matters.

Help us improve this page:   Correct or update the Ahmad Fatfat page