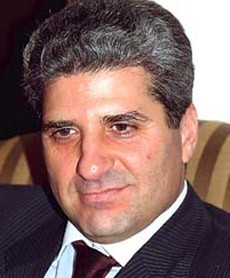 Ahmad Al Asaad is the son of Kamel Al Asaad, who was speaker of the Lebanese Parliament for three times.

Ahmad El Assaad set up a coalition party named the New Lebanese Option Gathering, which he hopes will come to represent the views of the majority of the Shia community in Lebanon and the area.

Help us improve this page:   Correct or update the Ahmad Al Asaad page