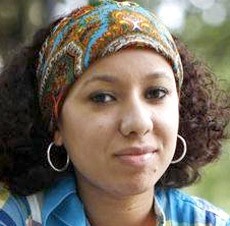 Afrah Nasser, lived near the anti-government Yemen Protests area in the capital Sana’a and was uploading photos and posting calls for revolution on social networks. Afrah’s blog was mentioned among the top most interesting blogs in the Middle East by a CNN report. She is also active on twitter using twitter handler @Afrahnasser.

Nasser previously worked as a journalist at the Yemen Observer Newspaper.

She supposedly received repetitive life-threatening messages on her Facebook account on March 13 and posted it on her blog the next day. The media focused on her and she became popular, although it is hard to determine with all the fake Facebook accounts, and fake or anonymous tweets, the authenticity of the threats or more importantly the real party behind it.

Afrah Nasser moved to Sweden in May 2011 for a leadership seminar, and decided to apply for asylum.

Help us improve this page:   Correct or update the Afrah Nasser page