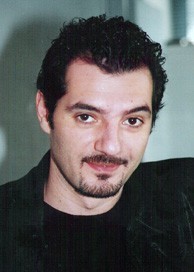 Adel Karam is a Lebanese actor and comedian.

Adel Karam was born on 20th of August 1972. He has two brothers Fares and Tarek.
Adel Karam was originally a school sports teacher, mainly in football. In the 90's, he was casted for SLCHI on Murr Television - MTV Lebanon, along with Nathalie Naoum, Fadi Reaidi,Roula Chamieh and Naim Halawi. The satirical series became very popular despite the low budget, propelling all the actors into stardom in a very short time.

Adel Karam mostly plays comedy roles. He claims to be greatly influenced by the character of his late father who was a man full of wit, humor and sarcasm, qualities which Adel loved and grew up with. Adel's characters appealed to young and old audiences alike, and was also noticed by directors such as Nadine Labaki (Caramel).

Adel Karam is today one of the most recognized stars on Lebanese and Pan Arab Television.

Help us improve this page:   Correct or update the Adel Karam page