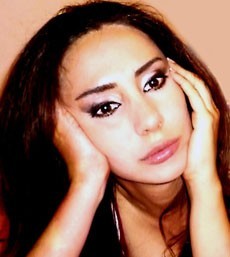 Abir Aoun is a lebanese actress. She studied drama at the Lebanese Beaux-Art University. Her first roles were on stage with different directors Such as Bruno Geara, Dr Chakib Khoury, Nidal Al Achkar.

Abir played in many dramas written by Maroin Najjar, Chucry Anis fakhoury, Claudia Marshalian, Mona taye3 and she was directed by Jinane Mandour, liliane Boustany, Elie Habib, Samir Habchi and many others.

Abir succeeded in playing both drama and comedy. She knows how to bring the character closer to herself and how to have the emotion that best fits the scene. She acts with integrity.

Abir Aoun is also a clinical psychologist. She completed her bachelor degree in Psychology in 2004. She practices psychotherapy since that time.

In the year 2007, Abir Aoun took role in the Lebanese movie Ghannoujit Bayya along with Rita Barsona, Peter Semaan and Nadine Al Rassi.

Help us improve this page:   Correct or update the Abir Aoun page