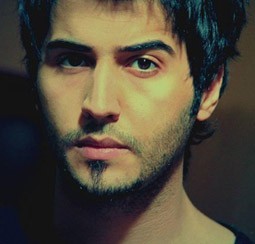 Abdulaziz Kassar is a singer from Kuwait.

Abdulaziz Kassar, also known as Abd El Aziz Kassar, Aziz Kasar, Abdelaziz Kassar, or even Abdulaziz Soud, is a male model, a photographer and a singer from Kuwait. The handsome singer supposedly released a single in 2010 by the name of ‘Rouh Shouflak Habib Thani’ (Go find yourself another lover), for which he shot a music video clip in Turkey. The song which is in the Egyptian dialect, was written by him, composed by Mohammed Hamdan and arranged by Mido (Mohamad al Shatti) and is expected to air as a video clip on most Television channels in the Arab world soon. Two other singles in Kuwaiti dialect are also apparently expected to follow soon.
There are a few nice songs available on the internet such as Azza Nawi, said to belong to Kassar. However, many believe they are in the voice of another singer called Abdallah Salem.
Prior to that, Abdulaziz Kassar had a few experiences acting in theatrical plays as well as directing movies and documentaries. One of his documentaries was about Sheikh Jaber Al Ahmad al Sabbah.

Abdulaziz Kassar is also a photographer, an art director, and also a graphic designer. He has created the covers of music albums for many other singers such as Issam Kamel and Abdulaziz el Duweihy.

Abdulaziz Kassar is a self proclaimed Mr. Middle East and the Most Handsome Man in the Gulf! The latter title is however not vacant as it is already granted to Al Wasmi. Kassar also claims to have been approached by international modeling agencies, including Storms Models Agency (responsible for the early success of Kate Moss), but he turned down all the offers apparently.
For all we know, Kassar might just be a regular man with a camera on hand, but he really does some interestingly sexy pics of himself! Some include imaginary advertisements for famous brands.

So far Abdulaziz Kassar’s path and mysterious approach to celebrity is very similar to that of French bogosse Mickael Vendetta. We hope he will be as successful in making his dreams come true. Another Kuwaiti mostly famous on the internet is Ahmed Zabedy.

The rumors ended in November 2010 when Abd El Aziz Kassar finally released his first official debut music video clip Ayeshny on Melody Music TV. The video was directed by Waleed Mahmoud. The lyrics for the song were written by Amr Magdy and the music arranged by Ali Shaaban, and the composer Kareem Abd Elwahab.

Help us improve this page:   Correct or update the Abdulaziz Kassar page