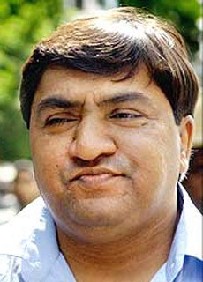 Abdul Karim Telgi is a convicted counterfeiter from India.

Abdul Karim Telgi was born in the year 1961 to a simple employee who worked for the Indian Railways.

Abdul Karim Telgi had a hard life and a harsh childhood, he had to work by selling fruits and vegetables on trains.

On then he was able to pay for his tuition and continue his education at the Sarvodaya Vidyalaya, which was an English school.

Help us improve this page:   Correct or update the Abdul Karim Telgi page