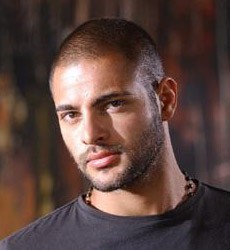 Abdel Rahman Al Tannir is a Lebanese model and actor.

Abdel Rahman Al Tannir originally studied accounting at AUST University of AUST, but soon found himself in the art and entertainment sector.

Abdelrahman starred next to Dina Hayek in her 2009 music video clip Jarab El Ghira, directed by Randa Alam, and also shot another video with Bahaa El Kafi. He also modeled and appeared in many ads.