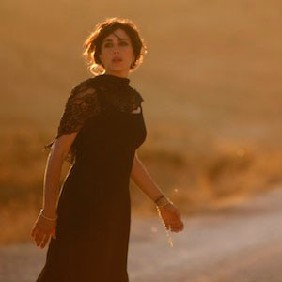 Where do we go now? Nadine Labaki

Where do we go now? (Halla2 Lawen) is the second long feature film by Nadine Labaki.

Similar to her previous movie Caramel, most of the cast in 'Where do we go now?' is made out of amateurs that appear in front of the camera for the very first time. For months, Beirut streets were plastered with hundreds of handbills and posters encouraging amateurs to audition for the casting of the movie. Nadine is the only professional actress among the cast. Here too, women characters seem to have a good share of Nadine's attention.

'Where do we go now?' tells the story of a Lebanese village cohabited by Muslims and Christians. The determined Women inside the village will stand in the face of the 'Fetna' being imported by outsiders, and will do the necessary to protect their community from inter-religious tensions.

Where do we go now? is written by Nadine L.,Rodney El Haddad and Jihad Hojeily. The cast includes Leyla Fouad, Claude Msawbaa and Antoinette El-Noufaily.

Khaled Mouzanar dealt with the film score and music in the movie.

Where do we go now? is produced by Anne-Dominique Toussaint and distributed by Les Films des Tournelles. The film was released in May 2011, in time for the Cannes Film Festival 2011, in which Nadine won the Francois Chalet Award.

Help us improve this page:   Correct or update the Where do we go now? Nadine Labaki page