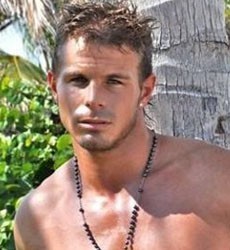 Jonathan Duforestel is from Picardie, France. He was originally working as a salesperson, when he joined the pageant.

At 25, The young man measures 1m83 and weighs 79 kg. He won the title at a ceremony held in Mexico on 24th of February, aired on NRJ 12 and presented by Clara Morgane.

Jonathan Duforestel hopes to make it into modelling and maybe acting.

Help us improve this page:   Correct or update the Jonathan Duforestel page