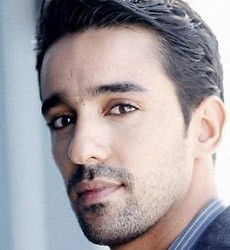 Jade Chkif is a Moroccan model, actor and radio anchor, based in France.

Jade Chkif was born on 4 July 1980. He took performance and acting classes with Julie BIAZUCHI at ActingStarSchool (2007-2009). Before that, he studied at the Municipal Conservatoire of Montereau theater and music (1994-1998)

As an actor, Jade Chkif has appeared as an extra in many feature films and starred in many more short movies: He played a GIA terrorist Member in L'Assaut directed by Julien Leclercq (2011), appeared as Karim in the series Vampyr : La menace du crépuscule by Gianni Exposito (2011), and the owner of a strip-tease joint in Le Mac directed by Pascal Bourdiaux (2010).

Jade Chkif has appeared as a model in many Magazines and print media such as Le Monde, Courrier International, Télérama, Libération, Marianne, Le Nouvel Obs, L'Express..

In 2010, Jade also did the photo shoot for the national campaign of La Mutuelle Général de L'Education National
(MGEN), and also did the advertisement for Mu By Peugeot directed by Stephane Leloutre .

Help us improve this page:   Correct or update the Jade Chkif page