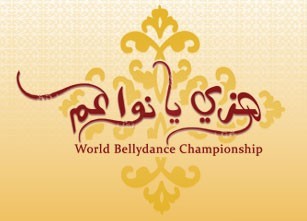 While belly dancers were becoming a scarce commodity in Egypt of the 90ies, they were living their golden years here in Lebanon. No show on TV was complete without a small belly dance performance, especially not on LBC. But for some reason beyond us, they were gradually brought down and taken off the air. The last dancer sponsored by LBC was belly dancer Samara, an average dancer with boring tableaux. The talented belly dancer Amani, another famous Lebanese belly dancer, is still around somewhere but remains awfully quite.

The tragic fate of belly dancers was not limited to fewer TV appearances, but was also amplified by an increasing demand for much more explicit shows. More Belly Less Dance became the new motto! Showing more flesh did not really require much dancing skills, and soon the market was flooded with intruders. Our female singers and performers were also becoming more like oriental dancers, creating additional competition.

LBC has finally chosen to revive this forgotten oriental art, this true cultural treasure that intoxicates the mind with rich sensual perfumes.

Similar to its other televised schools such as the School of Fashion or Star Academy,

Hezzi Ya Nawaim (World Belly Dance Championship) is a new show on LBC which will showcase 12 competing contestants from all around the world including Egypt, Syria, Morocco, Brazil, Ukraine, Costa Rica, Russia, France and of course Lebanon. During 8 weeks, the girls will learn the secrets of oriental dancing. They will get the chance to display their acquired techniques and skills in 9 successive primes. In the end, the most talented belly dancer with the best performance will win the title.

The world belly dance championship show is expected to attract the highest viewing rates since Star Academy1! Get ready to relive the One Thousand and One Nights live on LBC!


Don't miss our interview with Amelia Zidane, one of the organizers and concept creator of the show, under Best Belly Dancer in the World.

Help us improve this page:   Correct or update the World Belly Dance Championship on LBC page