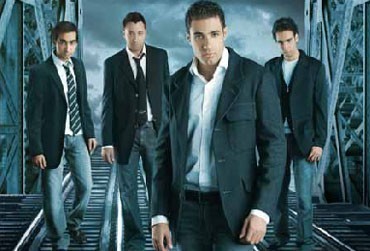 WAMA group, the first Egyptian boys group decided to shoot a video clip for a song entitled Zay Ma Bahlam Bik. This moves comes after rumors that the boys band group was going to split.
The the lyrics of the new song are by Amir Teima, the music by Ahmed Fahmy, and arranged by Nader Hamdy, who both are Wama band members.

It is good to note also that, Mohamed Nour, one of the wama stars, launched his first solo album. Right after the launch of Mohamed album, rumors started circulating that the band members are divided and that each member will launch a solo album in the future.