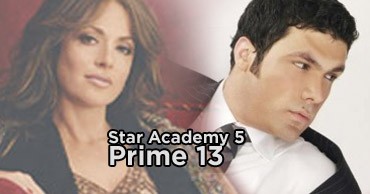 The top four students of Star Academy 5 during prime 13 were announced as follows:

1- Saad Ramadan from Lebanon
he won a 3 year scholarship to study music.