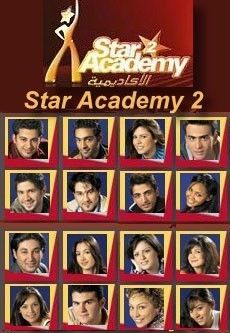 The Second season of Star Academy Lebanon started on the 31st of December 2004 with 16 Male and Female Candidates from around the arab world. The candidates were as follows in alphabetical order.

Star Academy 2 ended on the 15th of April 2005 with Hisham Abdurrahman as the Star and Winner.

Help us improve this page:   Correct or update the Star Academy 2 Candidates page