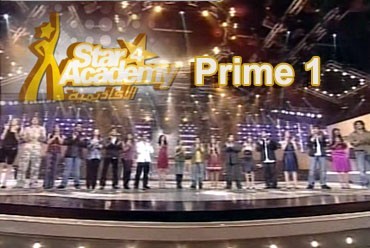 LBC and The first Prime of Star Academy 4

For the fourth consecutive year, The Lebanese Broadcasting Corporation (LBC) broke the current political situation and launched the fourth season of Star Academy 4.

Lebanese presenter, Hilda Khalifeh, was back on stage to launch the first prime of the 4th season of LBC Star Academy.

The introduction of the Star Academy 4 Candidates dressed in Chinese costumes was very well presented and performed. While taking off the masks is something which has been used over and over in many other performances, it was well done, despite the fact that every student had a messy hair which made them a little bit nervous.

The presentation, the lights, drums, and the spirit of the prime was marvelous.

This season, Star Academy 4 Candidates consist of 19 students (10 Girls and 9 Guys) ranging from 17 to 25 years old, were candidates of this 4th season of the program.

It was mentioned in the prime that there will be several more teachers who will be appearing from time to time to help the program break from the routine, especially for those who will watch the 24/hr channel.

Wael Kfoury and Shirin Abdel Wahab (Sherin Ah Ya Liel ;) ) were the guests of the first prime of the fourth season.

Both Wael and Shirin sang new songs in addition to few songs of last year.

Maisoun Sedky from Egypt and Marwa Bensghaier from Tunisia appeared first on stage and sang a nice song.

Amal Lembary from Morocco sang with Shirin and their performance was nice as well.

Shada Hassoun from Iraq, Sally Ahmad from Egypt and Iman Moulabbi from Morocco appeared in a Salsa and Arabic performance.

After the girls were introduced, it was time for the guys.

Imad Jallouli from Tunisia and Dany Chamoun from Lebanon were the lucky guys to appear first on stage and sing along with Wael Kfoury.

To Sum it up, it is worth to note that most of the students seem to have a ready made talent. Unlike the first seasons of star academy when students where not the least talented, this year seems to have good voices and a variety of talents.

We assume this will be driving more competition among the members and a better name for quality of voice. It could be also an attempt by the LBC to give this program good voices impression, rather than good looks. LBC is trying in a way to compete this season with the upcoming future superstar which focuses on good voices, not just looks.

This season seems to hold multi-talented artists in a variety of forms.
Intissar Lazhar from Tunisia plays the guitar. Mohamed Kammah from Egypt plays the piano; Khaled Fardan from Bahrain plays the guitar and the flute

Joseph Attieh, the Star of the third season made an appearance along with the other students at the end of the prime, all the candidates of last year and this year stood together and sang a nice song.

Help us improve this page:   Correct or update the LBC and The first Prime of Star Academy 4 page