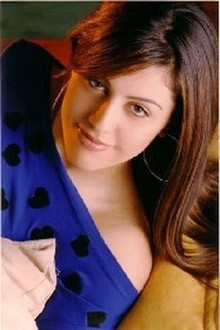 Layla Louis Iskandar also known as Leila Iskander (Layla Iskandar) was born in Koubayat in Lebanon. She is the daughter of Samia El Khoury and Louis Joseph Iskandar.

Layla loved playing the piano and singing as a kid. She first appeared on TV in the year 2002 during the Studio El Fan (LBC TV Artisit Competition) which was directed by Simon Asmar. On the eve of Saturday 2nd March 2002, Layla Iskandar won the Golden Medal for the Lebanese Tarab Category.

Almost a year and a half later the chubby Layla appeared again as one of the Candidates of Star Academy 1. Layla tried her best by performing and studying and preparing for the primes, but she was nominated few times and soon left the Academy.

A big fight occurred between Layla, Soumaya and Mira at the academy and it became the talk of the town for few weeks. But it was something normal; especially that LBC and the viewers liked such incidents as they would create rich material to what they called, "Reality TV".

Layla Iskandar was especially noted for singing exceptionally well old christian hymns (as she was part of a catholic choir), and also Fairouz songs.


In 2005, Layla Iskandar reappeared in a duo with Wissam Saade. She also recorded a few solo songs like Al Salfa which was in a Khaleeji Gulf Arabic dialect.

After disappearing for a long while, she reappeared in late 2010, completely transformed. She had undergone gastric bypass surgery and had lost a lot of weight. In an interview later, she confessed that her look was a barrier to her success and that she was more comfortable now with her "sexed-up" image.

Help us improve this page:   Correct or update the Layla Iskandar page