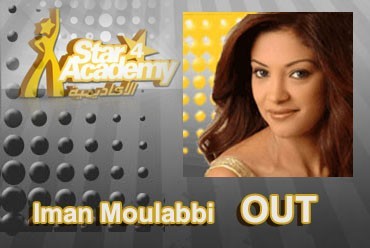 By the end of the seventh prime of star academy 4 which took place on the 26th of January 2007, Presenter Hilda Khalifeh announced the results of the audience votes.

The students selected Dany to stay with them, and so it was time for Iman to leave the Academy of its seventh prime.

It comes without saying that it is very obvious that Dany will leave the academy on the eighth prime, because he has been nominated few times and he always gets the lowest votes. So lets wait and see who will leave next week!