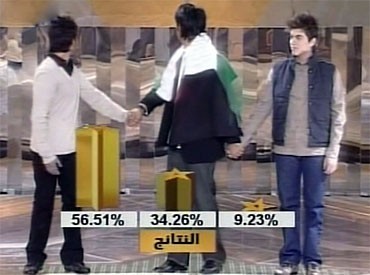 The Eighth Prime of Star Academy 4

By the end of the eighth prime, the audience votes were announced;

Ali Al Saad from Saudi Arabia got the most votes. The students had to choose between Dany and Abul Aziz.

Dany Chamoun was only selected by his lebanese friends at the academy Tina Yamout and Carlo Nakhleh. All the other students voted for Abdul Aziz who was saved while Dany Chamoun left the Academy after seven weeks.

Help us improve this page:   Correct or update the The Eighth Prime of Star Academy 4 page