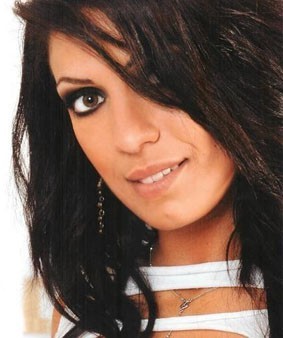 Cynthia Karam also known as Cynthya Kamal Karam is a Lebanese born on the 11th of July 1980 in Deir El Kamar. Cynthia lives in Masourieh Lebanon.

Cythia was one of the Lebanese students who joined Star Academy First season. Cynthia was friends with Bruno and other students. During her stay at the Academy Cynthia worked very hard, she was good in acting and showed a special talent. Eventhough she left the Academy, Cynthia was among the top eight students who made it to the Pan Arab Tour.

Cynthia looked extremely nice and sharp in the First videoclip which was shot for the students Jayi El Hakika, and which was directed by Nadine Labaki.

Cynthia Karam was also part of the Pepsi TV Advertisment which was shot on a Yacht in the Sea.

Help us improve this page:   Correct or update the Cynthia Karam page