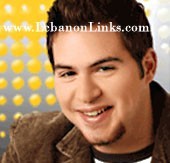 He joined Star Academy because he believes it is a lifetime chance that can make someone so famous.

Carlo loves to become famous. He already got himself into the first steps towards fame.

Help us improve this page:   Correct or update the Carlo Nakhleh page