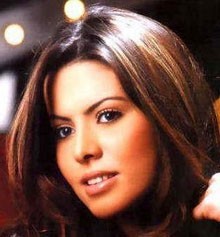 Amani Souissi, also written Amani Swissi, is a beautiful female singer from Tunis. Amany Souissi was one of the sweetest candidates of Star Academy season 2.

Amani has a wonderful personality and a heart of gold. Amani is very simple and cute person; she always treats people with respect.

Many people described Amani as a real sweetheart and. Amani can sometimes be very sensitive and cry a lot. This is not something negative, in fact, this is what makes her sweet and loved by almost everyone who knows her.

Amani is not only beautiful inside but also outside, she is a true lady.

During her stay at the Academy, Amani was the girl with a Wonderful and Strong voice.

Amani should have won but she still reached top among her friends.

Help us improve this page:   Correct or update the Amani Souissi page