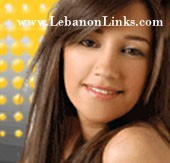 Amal Lembary is a Star Academy 4 Candidate from Morocco who was born in 1987.

Amal Lembary tried to join in Star Academy 3, but she failed in the final stages. Amal felt very sad, she applied again for the fourth season, and got accepted this time.

Amal has a strong will, if she fails ones she will try again until she succeeds.

Help us improve this page:   Correct or update the Amal Lembary page