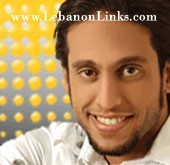 Ali Al Saad was born in 1982. Ali is studying management and he loves singing and playing music especially the Oud music instrument.

Ali enjoys composing music and lyrics of songs; he joined Star Academy because he believes in his multi-talents.

Help us improve this page:   Correct or update the Ali Al Saad page