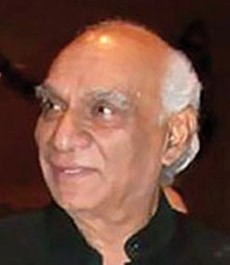 Yash Raj Chopra was born on the 27th of September 1932 in India. He passed away on the 21st of October 2012 at the age of eighty. Leaving behind him a massive collection of ever lasting romantic Bollywood movies.

Help us improve this page:   Correct or update the Yash Raj Chopra page