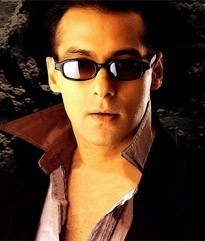 Salman Khan is a famous Indian Actor who is considered as Bollywood Bad boy. Salman may have been featured as the bad guy of the movie industry many times. People however claim that this macho hunk has a heart made of gold.

Salman Khan was Born on December 27, 1965. He is the son of the legendary writer Salim Khan, who was behind many great hits in the old days like Sholay, Deewar, and Don.

Salman Khan started his acting career in 1988 by doing a supporting role in the movie Biwi Ho To Aisi.

In the year 1989 Salman came up with his leading role in the box office romantic hit Maine Pyar Kiya. Ever since he became the heart throb of Indian movies.

Help us improve this page:   Correct or update the Salman Khan page