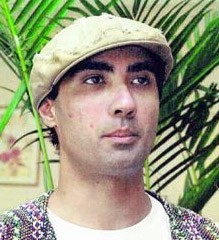 Ranvir Shorey also starred in the other bollywood films including Traffic Signal and Bheja Fry Along with friend and co-star Vinay Pathak.

At one point in his career he hosted the successful Ranvir Vinay Aur Kaun talk show which aired on STAR One Television Channel.

It was not until the year 2006 that Ranvir Shorey got noticed in the comedy Khosla Ka Ghosla.

He also took a part in the movie Aaja Nachle which was released in Late 2007.

Ranvir Shorey got officially engaged to Konkona Sen Sharma in the year 2008.

Help us improve this page:   Correct or update the Ranvir Shorey page